I have been in Germany for approximately seven months. During this time I have learnt much, laughed often, and been annoyed almost as many times. One thing I have realised is the sheer ease with which you can change the meaning of a sentence in both English and German. 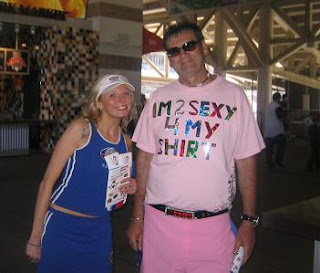 I wasn't present when Rosie admitted being steamed-up, but I imagine it was something like this.

I was minding my own business, casually checking the vocabulary books in front of me, when I saw one pupil had written that "Faust" is "fist" in english. I immediately asked the teacher, citing Goethe's Faust as the origin of my doubt. It turns out that Faust does in fact mean fist, and that my linking of this noun with arguably the greatest piece of German literature in history creates very different images to the one Johann Wolfgang had in mind, having basically called his tome Goethe's Fist / Dr. Fistus. This could be interpreted in varying ways. My first image was one of Bruce Lee in 18th/19th century clothing getting his soul back from Mephistopheles one punch at a time. 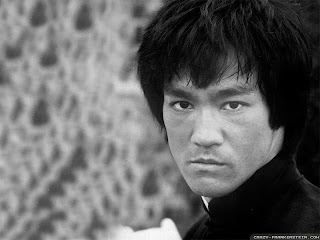 Apparently this was not the first thing that came to the minds of everyone else in the room. I would try and find an appropriate image to indicate their interpretations, but I would have to delete my browser history, so instead here's a portrait of Goethe subtly altered. See if you can guess how. 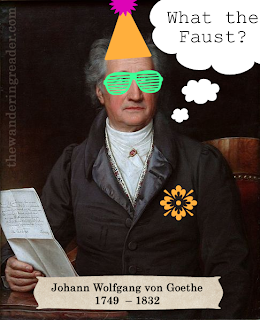 Luckily, most misunderstandings can be laughed away, and if all else fails then plead ignorance of a very complicated but ultimately rewarding language. It's what I do multiple times a day.

P.S. I've written a couple of articles for Warwick Student Newspaper The Boar in the past few months! Here's a link to a Crimbo one: http://theboar.org/media/archive/volume-35/issue-5/newspaper/16.pdf