The first week was quite difficult. Getting to grips with quite a different culture takes time, and I was still yet to come to terms with the heinous fact that Lynx shower gel/ deodorant only seems to be called this in Britain. What is going on there. 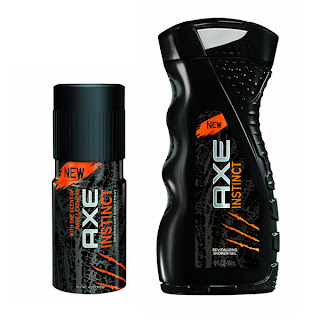 What are they playing at

Arranged to meet with another English Language Assistant living in Oldenburg, Rachel. Was happily minding my own business waiting next to the Schloss in the centre of town (I may write a piece on it for you. But probably not. At least not for a while) when a cold wave of fear washed over me. There, nonchalantly swaggering his way past me with his entourage, was the local big-dog, the gangster of Oldenburg, adorned with matching “thug life” sweater and jogging bottoms. He was ten years old, and his entourage were his parents, but I was intimidated nonetheless. Had a lovely time with Rachel; it was nice to hear another English voice, and a northern one at that!

Left Rachel to meet with my mentor Heike, and collect my bike for the year. Oldenburg really is inundated by two-wheeled maniacs, so I was glad to have my life flash before my eyes only once on the ride back home. To be fair, riding a bicycle in Oldenburg is very easy. The other cyclists are friendly, the roads are safe and the motorists are diligent. It is therefore completely my fault every time I almost die. 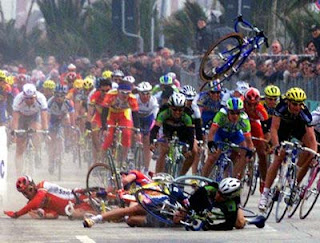 Oldenburg Hauptstraße, five minutes after I collected my bike

School started, and I actually enjoy it somewhat! Throughout the past three weeks the kids have been excited to meet a real-life Englishman, and I think I’ve only slightly disappointed them! Result! The time in school I have free is also vital, as I sit in the staffroom talking to other teachers. This is German central, and so most days when I get home I’m knackered. However, the immersion does seem to work, as my understanding has evolved already.

The second week of lessons was where I started actually working in the classes, as the first week I merely ‘hospitiert’ (sat in). This was immediately rewarding: not only because I could see that the children had some incentive to learn, but because of some of the brilliant mistakes that were made. I know full well that my German is atrocious, and some of the things I inadvertently say are probably incredibly insulting, so I am truly on the side of the kids when they make these mistakes. However, one that was made on Monday stuck in my mind for the rest of the week, because of 1) how easy it is to actually make the mistake and 2) how very different it makes the sentence. The original sentence in the textbook was:

“I will call you very soon”

What the boy actually said was:

“I will kill you very soon”

I corrected him and we all had a nice chuckle, but I had my eye on him for the rest of the lesson.

Overall, the start of school has been fun, lively and rewarding. One lesson, where I helped out in 6th Grade PE, was particularly lively, bordering on violent, when a version dodgeball was introduced to the class. It was seen as a success when I only had to fetch one ice pack. 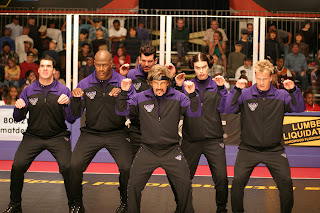 Tall for their age

Oh yes, and half way through a lesson, one boy took his sandwich out, licked it, and placed it back in his lunchbox for safe-keeping. I can only assume he was sensibly marking his belongings.

Next stop, week three/four (I really need to work out which week I’m in)